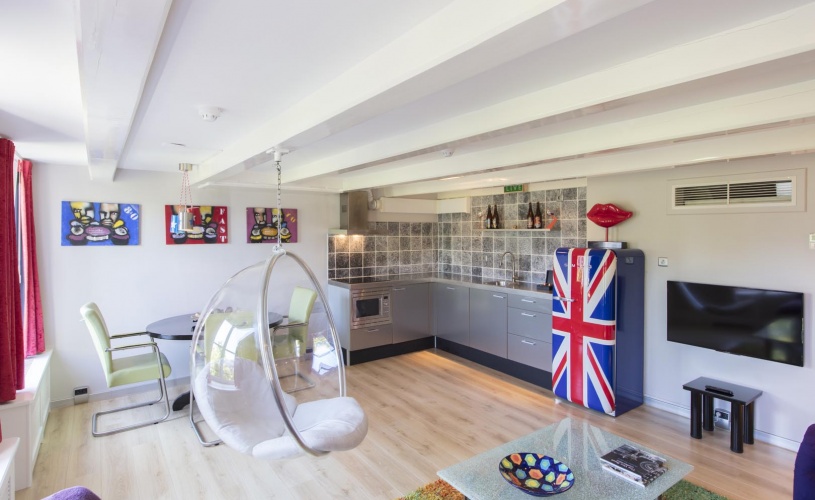 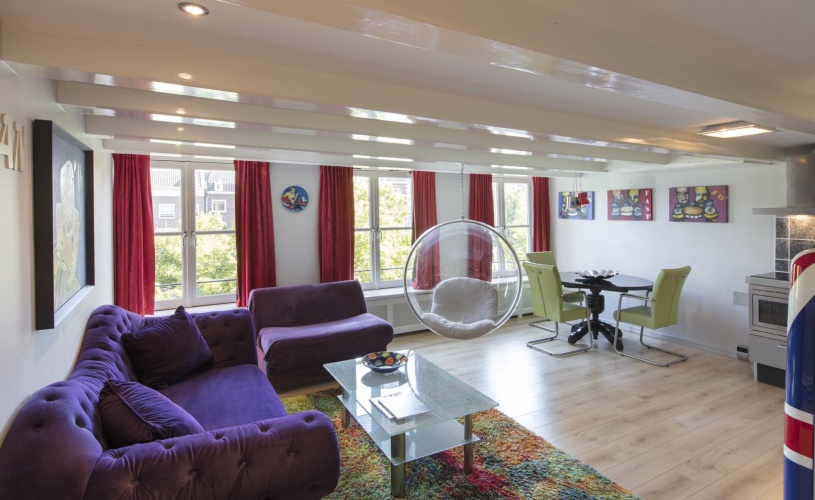 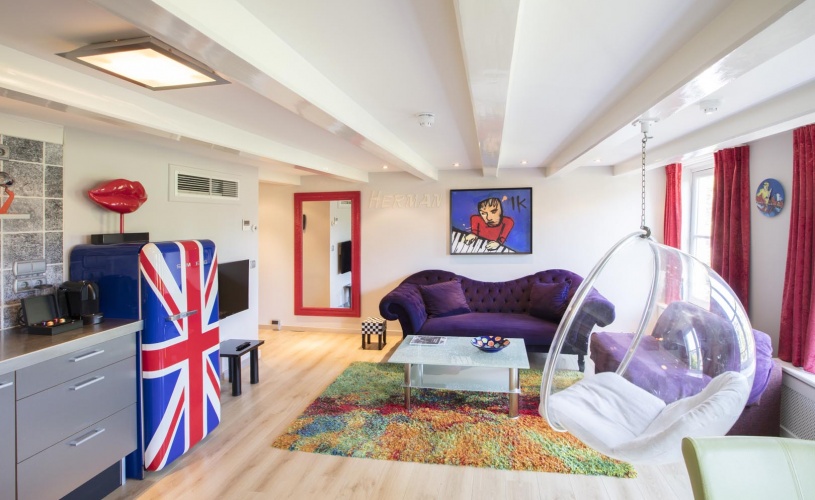 This well-designed apartment is centrally located at the beautiful Keizersgracht canal, close to the city’s Art District in the heart of historic Amsterdam.This third floor apartment has a spectacular canal view. It is as bold and modern as the artist it was themed on: Herman Brood, the original Dutch rebel. Urban and fashionably eclectic, this one bedroom apartment features wooden floors and a spacious living room fitted out with all the comforts of home. Its hip and diverse decor offers a modernised taste of the 1960’s and 70’s. A fully equipped open kitchen provides facilities to dine and entertain in style.
Surface: 70 m2 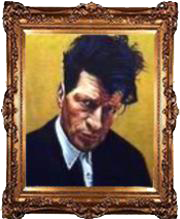 Brood began his career as a piano player and singer, starting his own group, Herman Brood & His Wild Romance, in the 1970’s. He started painting in the 1990’s and became known for his large-scale, colourful works reminiscent of the CoBrA style. In 2001, at the age of 54, he committed suicide by jumping off the rooftop of the Amsterdam Hilton Hotel.